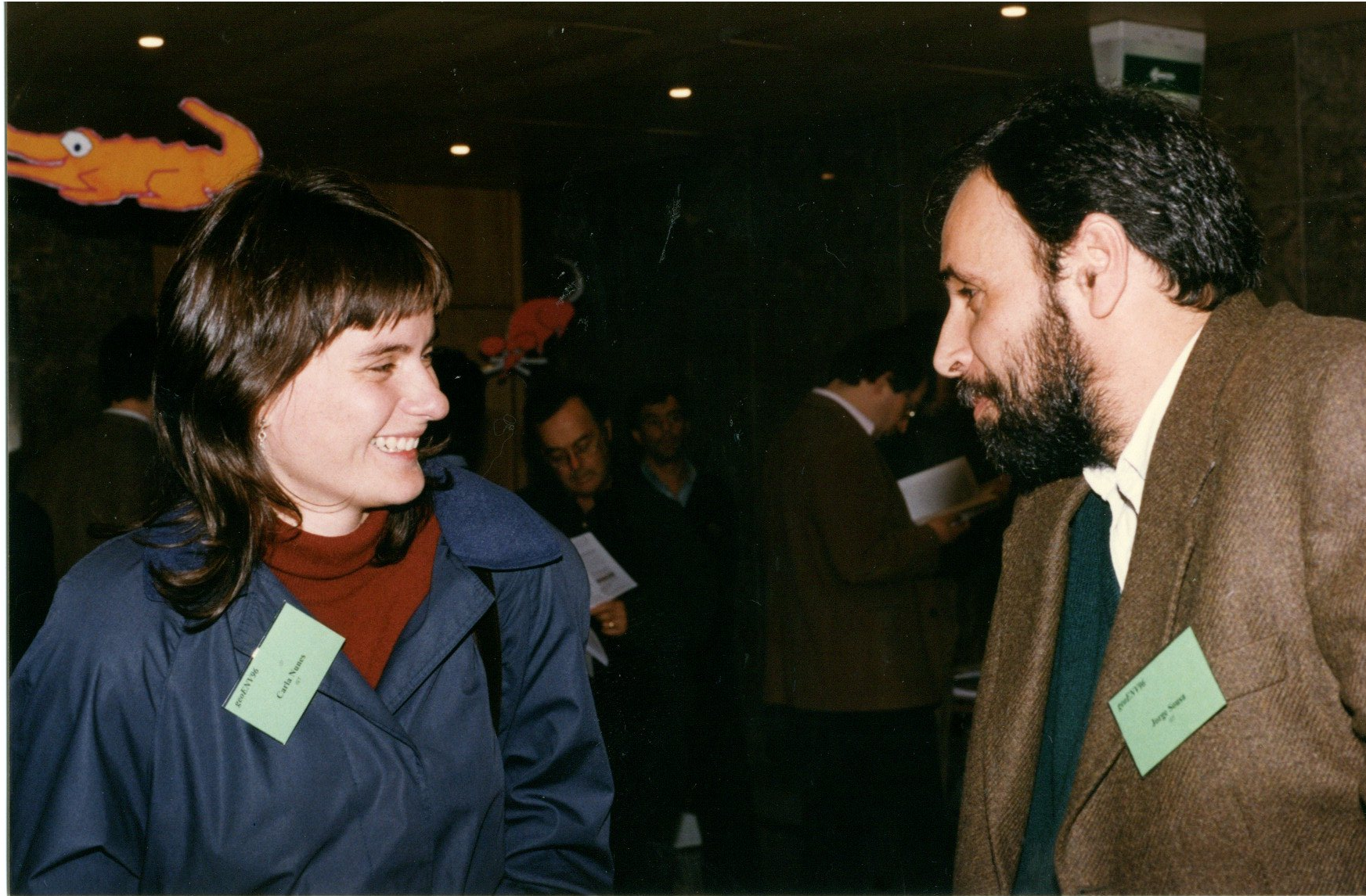 Carla was a doctoral student at Instituto Superior Técnico and was involved in the foundation of CERENA.

We extend our deepest condolences to her family and all those who crossed paths with Carla.

We share the message from her doctoral supervisor, in her honor.

Carla has left us.

Among those of us who in the 90's spent time with her during her PhD studies, Carla left a mark that is not very common: we might not see each other for a year, it was rare, but when we did, it was as if we had been together the day before. This rare trait was based on simple things in her personality: intelligent, generous, emotional, determined, a friend to her friend, a person of principles and causes.

I saw her for the first time when she came into my office and, without me opening my mouth, she positively "threw" on the table where she was coming from: "I want to do a PhD thesis in the area of stochastic models with you but, I warn you, I am not an engineer!". She was a mathematician. From then on it was a beautiful 25-year relationship. She did a brilliant thesis on spatio-temporal models applied to air quality. In between, she was one of the main drivers of the hallmark that still endures in our research group, the connection to industry: she engaged in the "fight" for the consolidation of our research center at the time (which later became CERENA), she was one of the most tenacious "activists" in attracting private funds in the area of environment, we were positively knocking on companies' doors, a rare thing because most centers lived on FCT projects in the area of environment. "You look like an engineer", I often told her, "Don't call me an engineer!". And she had the same motivation and commitment when it was party time, when we celebrated some project or date that we thought was important. This was because she had a constant concern for bringing people together.

After graduating from Técnico, Carla followed her own path, entered ENSP and, to no surprise to me, became a full professor at that school at a very young age. She built there a truly enviable curriculum that culminated, in more recent years, in her fundamental role in the commission of experts that supported the government of the republic in the fight against the covid 19 pandemic.

Stupidly, these things always happen in a stupid way when people are young, Carla left us. Our center has become poorer and our friends lonelier. We are left with the consolation that to remember a personality like hers is a privilege of few.