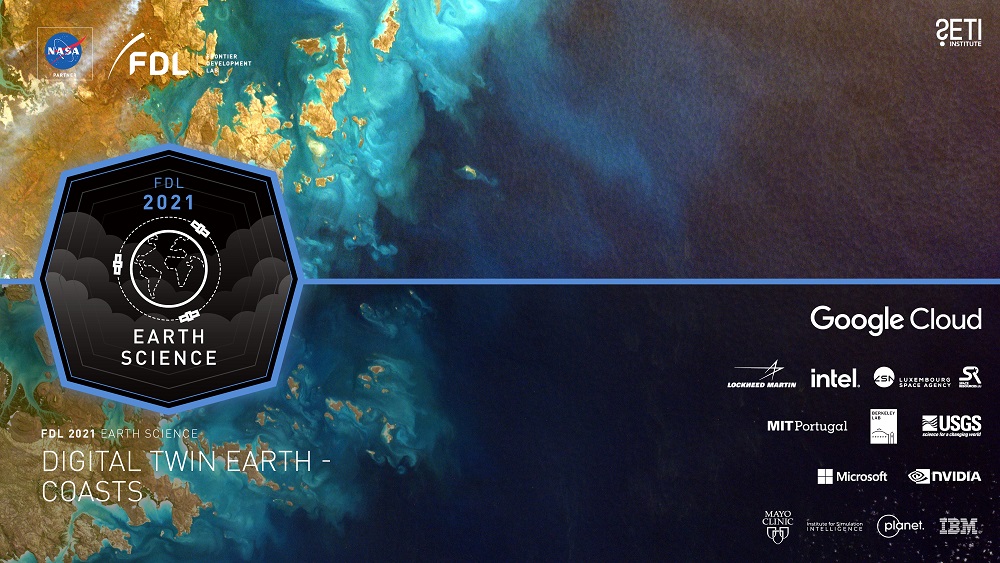 Can a digital model, designed like Earth, predict coastal dynamics?

Helga Jordão, PhD student in Georesources at Instituto Superior Técnico, and researcher at CERENA, hopes to have that answer to that question by the end of the summer.

The challenge sounds like something out of a sci-fi movie, but that's what it's about, apart from the fiction. The researcher is participating in the Frontier Development Lab Program (FDL), a public-private program organized by NASA in partnership with the SETI Institute and with support from Google Cloud, IBM, Intel, Microsoft and NVIDIA.

Helga Jordão, the only Portuguese to participate, and 25 other young researchers were selected from among 257 candidates. The program brings together young and promising researchers in the areas of Earth and Space sciences and artificial intelligence (interdisciplinary teams). Challenges are launched and each team has eight weeks to find a solution and present a result, in an intensive bootcamp in which the various skills of each young researcher are applied to the problem, always guided by experts in the field.

But why do we need a digital model to predict coastal dynamics when there are already physical models that describe it?

In emergency situations such as those caused by a sudden rise in sea level, it is essential to quickly access forecast maps to enable the taking of measures to minimize the impacts caused by this type of phenomenon. Current models, although accurate, require a lot of computational power and require a lot of time to simulate. The challenge for the Helga Jordão team is to develop a digital model of coastal dynamics using neural networks. A digital model of coastal dynamics will significantly reduce simulation time. allowing, in emergency situations, better management of the situation. Another advantage will be the reduction of the high computation capacity required, which means that the simulation of these models is currently inaccessible to some countries, countries without high computation infrastructure, and which are frequently victimized by these natural phenomena; for example the Philippines.

This challenge is supported by experts from NASA, the Institute for Simulation Intelligence, MIT (+ MIT Portugal), Planet's Analytics Applications, USGS and Berkeley Lab.